A 360 Around Environmental Sustainability 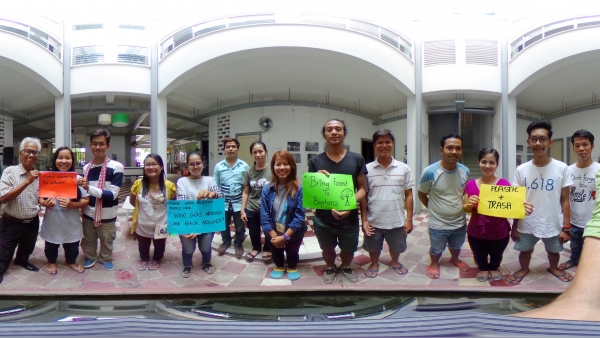 We have now have 4 active teams organized and developing their immersive media projects in Phnom Penh. They are exploring a great range of environmental concerns through immersive media projects.  In the week of workshop exercises we played through the production and experience of augmented and virtual reality. Combining this technology with the aim of supporting environmental sustainability has led to some amazing project concepts.

“We Destroy Our Own Planet” (Global Warming)

This group has developed an infographic poster that will trigger 19 separate overlay video segments via augmented reality. The challenge is investigated in three phases: Human Activity that is causing global warming, the Risks we all experience as a result of the effects, and the Solutions we can employ to avoid the on-coming collision of wasteful prosperity with environmental destruction.

“Bring the Forests to Bophana” (Deforestation)

A second group is travelling to three separate Cambodia forests to document them as 360 images and sounds. These will be built into interactive VR experiences and a map-based app. The goal is to connect the residents of Phnom Penh, particularly the young, with the diverse biosphere that is at risk of destruction.

“Trash Is Not Bad” (Plastic Waste)

Statues of a traditional Cambodian dancer and the god, Hanuman, made out of recycled plastic bottles emerge from piles of trash. Images on these sculptures will trigger augmented reality 3D models of the miraculous modern materials we are able to create, but then treat without respect. Hanuman saved the world once upon a time. Can we all join him in this current epic quest to return the earth to health?

“Along the Water” (Water Pollution)

A fourth group is producing a 360 video about people living in floating houses on the river. They are also planning to have a sculpture with a projection on it as part of the exhibition. Living with the water pollution at Tom Nub Korb Srov in Phnom Penh will exemplify the adage that “what goes around, comes around.” How can we take care of that which sustains us? 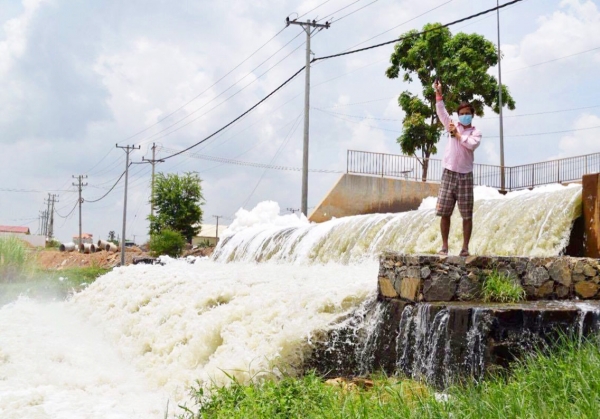