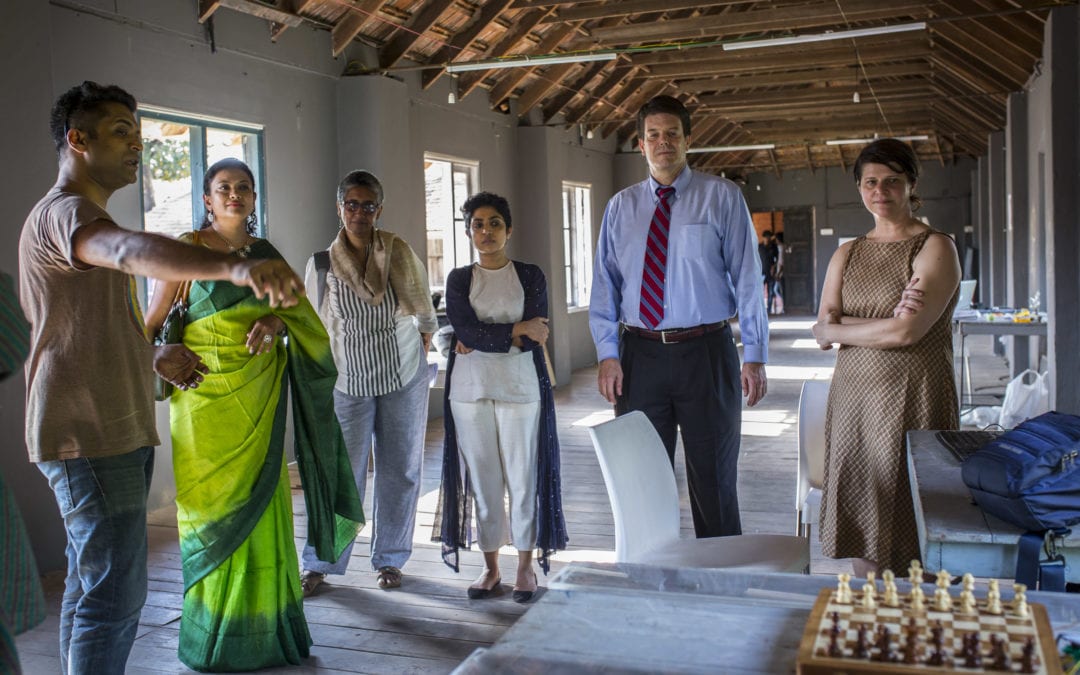 The Backstage Crew created a tool that would help them research and evaluate various positions on gender equality. They compiled audio bites from publicly accessible media and mapped them onto a chessboard, which was connected to a raspberry pi and a speaker. As players make moves on the board, snippets of audio from narratives and perspectives on gender equality would play; no two games would play stories in the same way. Combining playable media, interactive circuitry, and the age-old game of chess, this group hopes to build on their audio archive and forge multiple ways for interacting with this material.