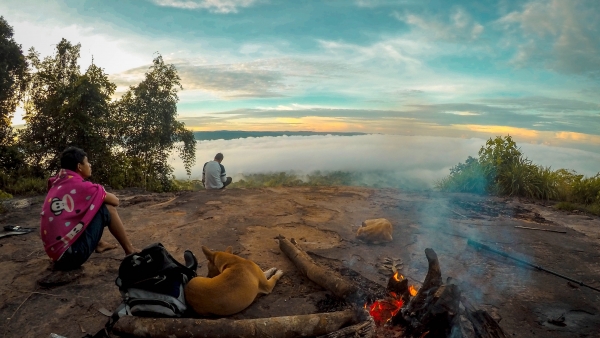 The community project descriptions below were written by participants in American Arts Incubator — Cambodia and focus on environmental health in the country. These projects were initiated during Michael Kuetemeyer’s Incubator workshop and will continue to develop after the Incubator is complete. They were presented at the New Media Exhibition at Bophana Center from May-June 2017.

Trash is Not Bad 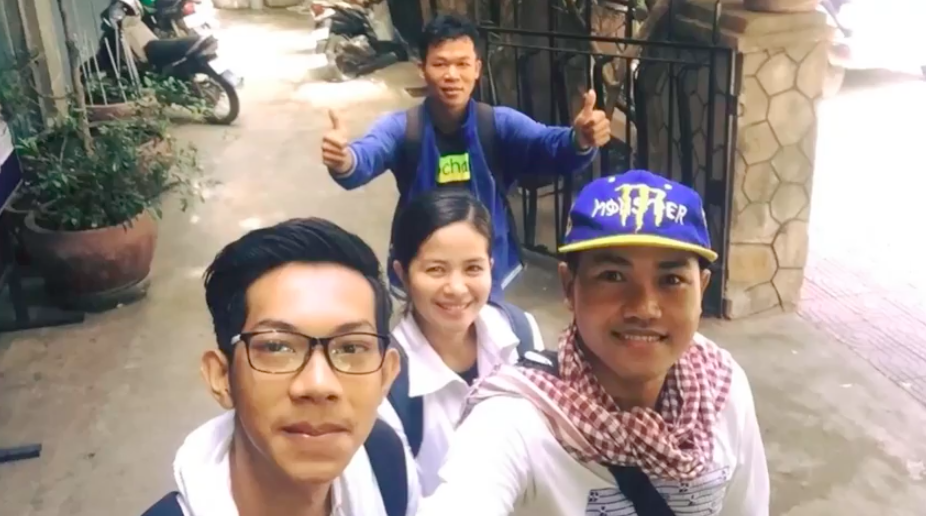 The Plastic Commune team is building statues of the god Hanuman and the mermaid princess Suvannamaccha out of recycled plastic bottles and newspaper. Images on these sculptures trigger augmented reality 3D models of these miraculous modern materials we are able to create but then treat without respect. Hanuman saved the world once upon a time. Can we all join him in this current epic quest to rescue the earth?

They are also producing the documentary, Our Health Our City, asking the residents of Phnom Penh about how trash impacts their lives.

We Destroy Our Own Planet 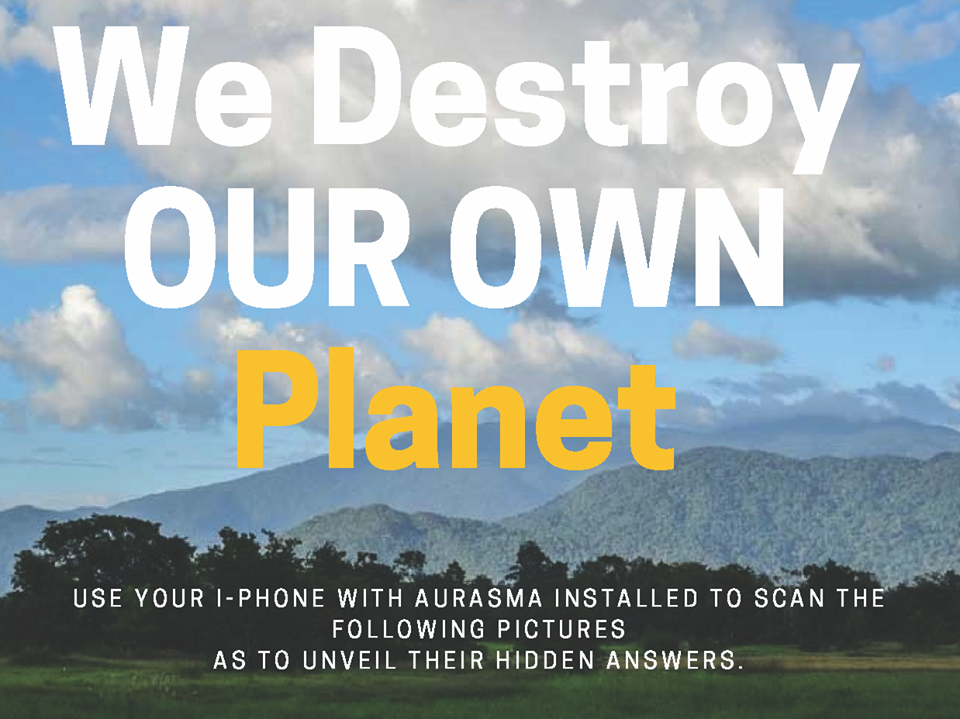 The Global Warming team is developing infographic posters that trigger 19 separate overlay video segments via augmented reality. The challenge of global warming is investigated in three phases: 1. the human activity that is causing global warming 2. the risks we all experience as a result and 3. the solutions we can employ to avoid the on-coming collision of wasteful prosperity with environmental destruction.

They have started a new project of personal community outreach and education using AR and VR new media. 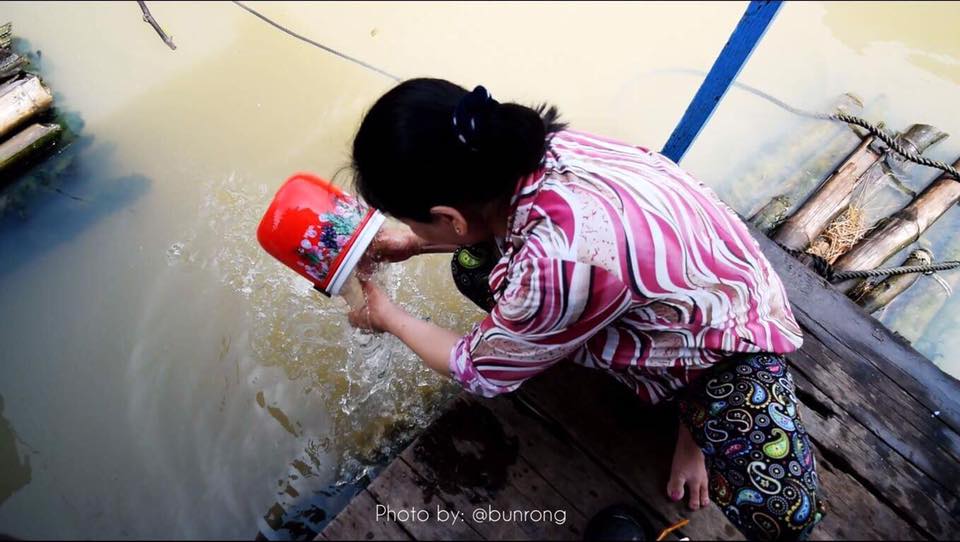 The Along the Water team is producing an immersive 360° documentary about how our water became polluted and how it affects the living surrounding it. The video explores the life of a family living on a floating house and the close strings that tie water and life. A sculpture of a huge blue water drop covered by the waste it holds connects us to this precious resource and shows how “what goes around comes back around.”

Bring the Forest to the City 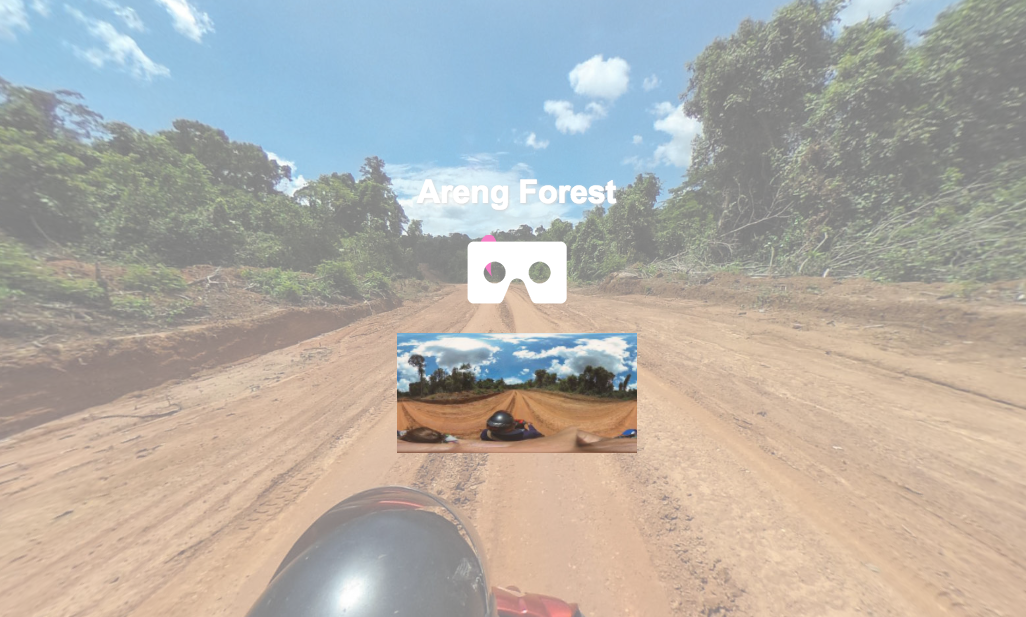 Screenshot of the road to Areng Forest, Cambodia in the project’s 360 immersive website.
Photo: Mech Sereyrath.

The Bring the Forest to the City team is traveling to three separate Cambodian forests to document them with 360° images and sounds. They are building these into web-based interactive VR experiences of the Areng Forest as well as the Chom Bok Forest in Kirirom National Park in Kom Pong Spuer. The goal is to connect the residents of Phnom Penh, particularly the younger, with the diverse biosphere that is at risk of consumption.