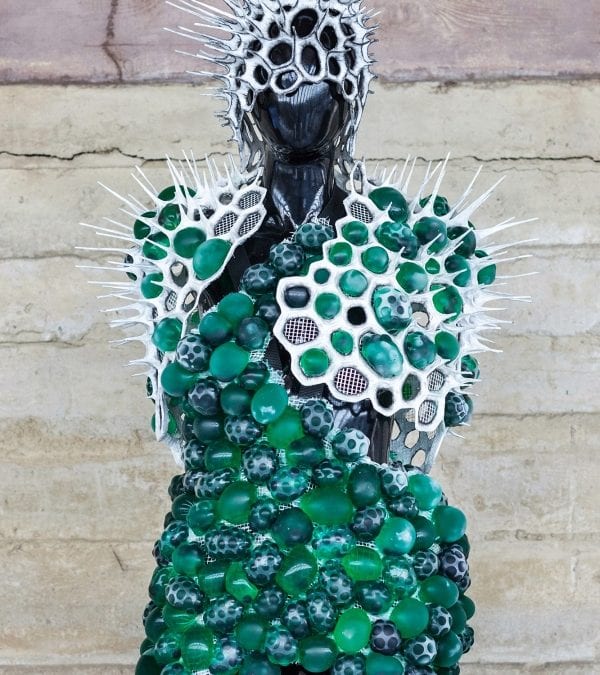 Imagining the possibilities of chloroplast wearables

Recent scientific discoveries show that animals are able to perform photosynthesis, a process that was previously attributed only to the plant kingdom. In our project, we speculate about the possibility of using this mechanism to create wearables. We travel to the future where plant-based garments with chloroplasts and printable chloroplast tattoos can give their wearers an extra shot of energy via the released oxygen. Along with a garment imagining this feature, we also display the process of immobilizing algae in alginate spheres. We were inspired by symbiotic relationships between plants and animals.