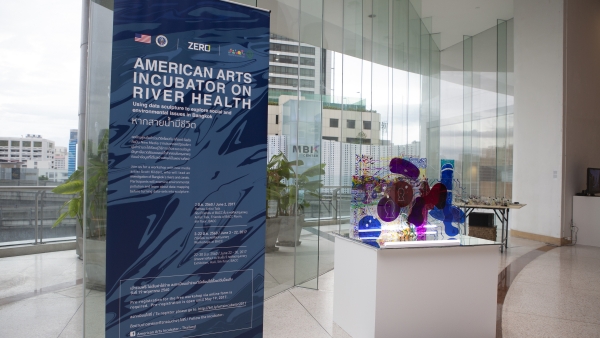 We had our exhibition last week at the Bangkok Art & Culture Center (BACC) and it was a huge success.

I made just two rules for the artworks:

Every exhibition is full of surprises and this one was no exception. Several days before the exhibition, we found out that we had about four times as much floor space and walls available than we had expected. Whoa.

Fortunately, three out of the four groups had works they were planning that would take advantage of the curved walls of BACC. I have no idea what we would have done otherwise.

The exhibition site at BACC was not part of their formal exhibition space. We would set up on the fifth floor, which displays work but is also a public thoroughfare, so our challenge was viewer engagement.

The dirty t-shirts were the most striking thing you saw from a distance. What were these? Hopefully people would get drawn in by their curiosity. 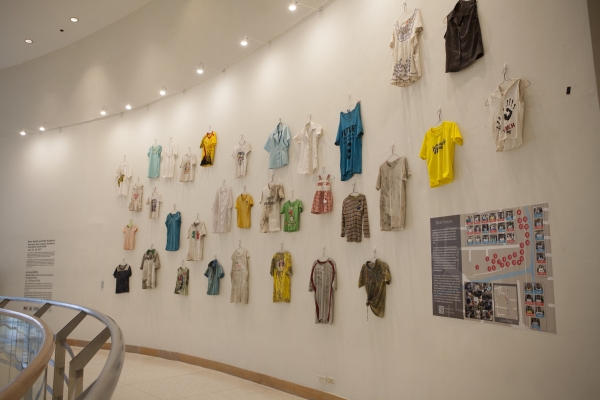 A good exhibition means that people have different levels of engagement.

Some spent a good amount of time with The River Voices — the hanging shirts (above), which were part of a t-shirt exchange with the Ladprao community.

Others were very much interested in the abstract group sculpture on pH, electrical conductivity, and dissolved oxygen: Reflection. 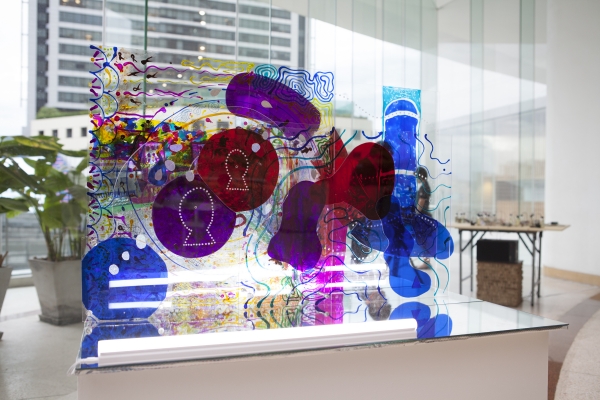 The Cleansing of a Canal was a storytelling piece that grabbed exhibition-goers who were intrigued by media and direct interpretation of the river/khlong experience. 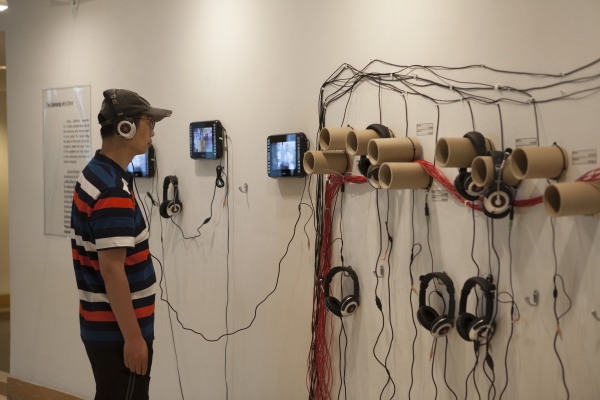 And Make it Clear was an interactive painting that used thermo-reactive paint and mapping of pipe data. This piece was a solid, fun interpretation of the term “interactive.” 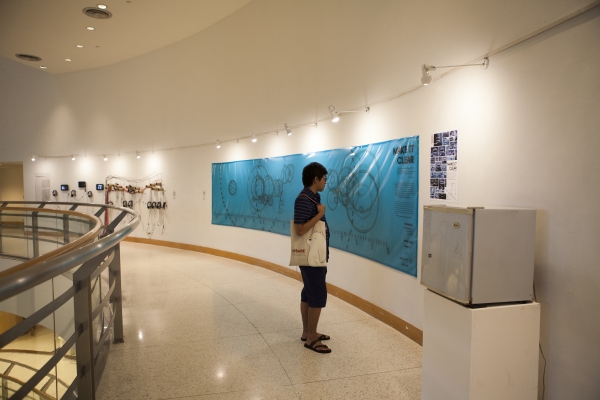 Part of the Incubator included making my own work, Sonaqua — a sonification of water quality. This too felt overwhelming, but fortunately the four teams were doing quite well on their own during their production period, so it let me investigate my own work. 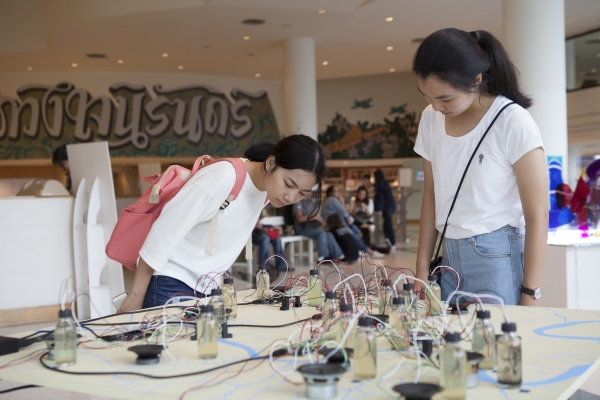 We also got full engagement from the Ladprao community, which is one of the communities that the embassy put us in touch with. They are actively cleaning up the khlong in their neighborhood, and in the process, relocating many of their community members.

We also got lots of media coverage, which is always an important component. We were spotlighted on both Thai PBS and The Matter.

In the end, I can say one thing for certain. The workshop participants were amazing. We had four teams of five people each and they all cranked out work — some until the last minute, maybe a bit too close for comfort — but I think this is the often the way.