Reflections: Bangkok and My Students 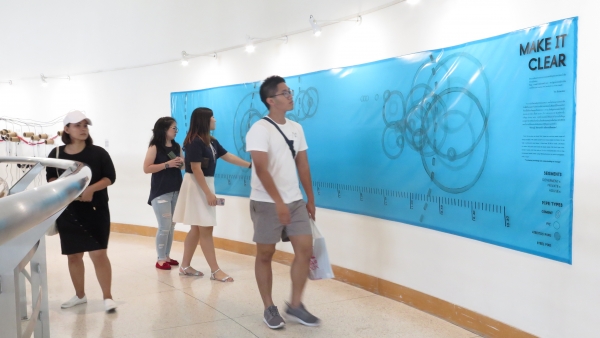 It’s hard to for me to believe that it’s been a month since the exchange has ended. The time was intense, rewarding, and the effects of the experience difficult to describe — but I’ll do my best.

I’ve never done anything quite like this: worked for a month in a foreign country where I’ve taught a workshop, facilitated projects, and worked on my own new project. It was a lot in a short, 28-day period.

Bangkok is intense and wonderful at the same time. It is the most urban of urban places that I’ve ever lived in, with very little green space. Cars, motorbikes, people, street vendors, and shopping malls were everywhere. Yet despite the craziness, I felt a warm hug of the humidity everywhere I went. Thai culture is relaxed compared to what you’d find in the United States, so bumping into and around people doesn’t create anxiety and tension as you’d find in other places. I was happy there.

The next step is for me to talk about the experience publicly. Just a few days ago, I presented my Sonaqua project at Dorkbot SF and spoke about the American Arts Incubator Program. 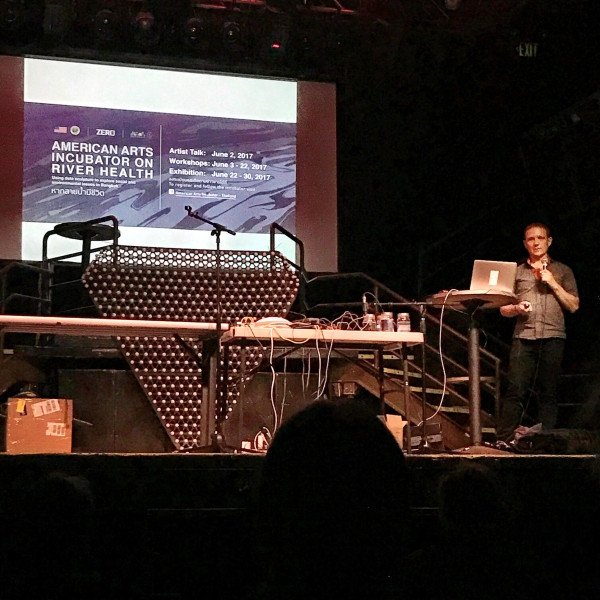 We also have the three projects that were given sustainability grants. One of the projects, River Voices, will go on to have a series of community engagement workshops. In this case, the word “community” means a slightly different thing in Bangkok, where “communities” are more cohesive political entities and are usually situated in low-income areas, often isolated from the rest of the metropolis. 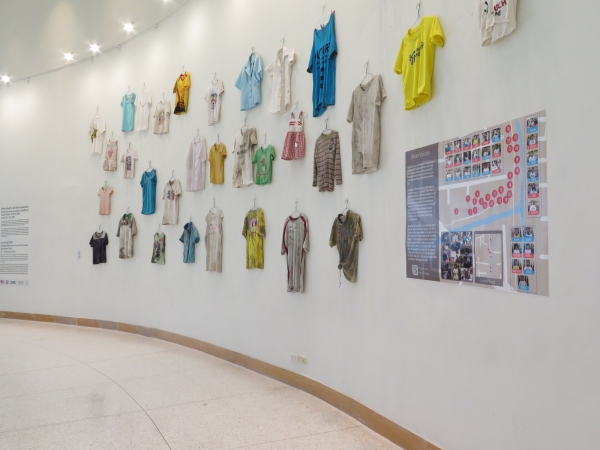 Finally, I will further develop my Sonaqua project, where I sonify water quality. This project will travel to Santa Fe in September. Bangkok was the first step for my work. 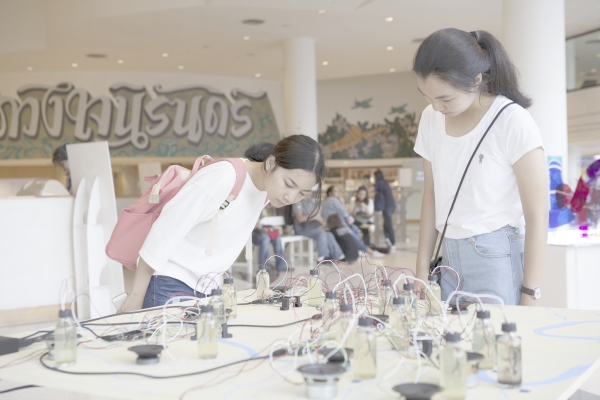 I do hope to come back in the future to do work in Thailand. It holds a special place in my heart. I hardly did anything touristy and instead spent time almost exclusively with Thai folks. I absorbed a much deeper cultural understanding than just about any tourist will get. My fantastic production assistant, Ekarat, was my guide throughout. He would frequently joke about things being done “Thai style,” which could be interpreted a number of ways. Often it meant that matters looked disorganized but always came together magically at the end.

After a short vacation outside of Thailand, I came back to gather my belongings and fly back home. I ended up having a farewell dinner with a few of the workshop participants as well as Ekarat. Here we are eating food on the banks of the Chao Phraya river and drinking Thai beer in the midst of a hard rainstorm that alleviated the humidity for just a few hours. I will miss the friends I made during this special time. 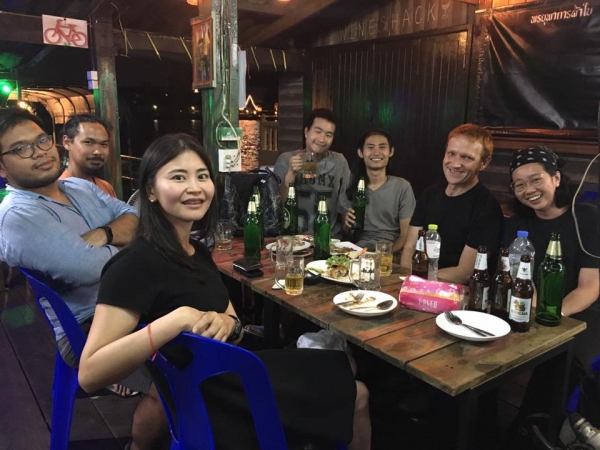