Reflections on the Amplified Voice Workshop and Narrowcasting in Kochi 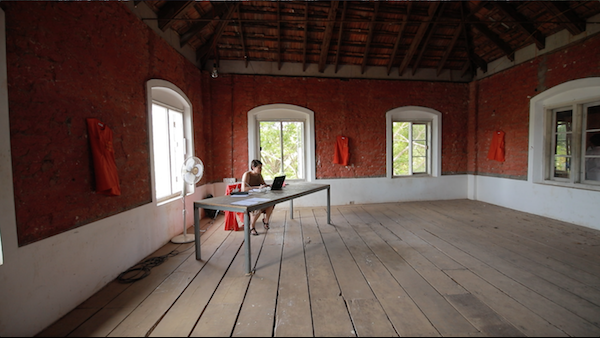 I have thought a lot about what I would have done differently now that I have completed the exchange in Kochi, juggling tight deadlines within a demanding program. My first thought was that I should have chosen an easy personal project — something that I was completely familiar with and could turn out for an expecting crowd. The problem with this is that I have been an artist too long to not challenge myself. The point is the process, right? To grow­ and try to make sense of it all, and be successful in a way that feels like a true accomplishment. It is what I was asking workshop participants to do — to leave the comfort of aesthetically pleasing art behind to address an uncomfortable topic like gender equality and wrestle with it, focusing on exploring this challenge over the desire to make something impressive, finished, or entertaining without concept. If I was asking this of them, then I needed to set the example myself. 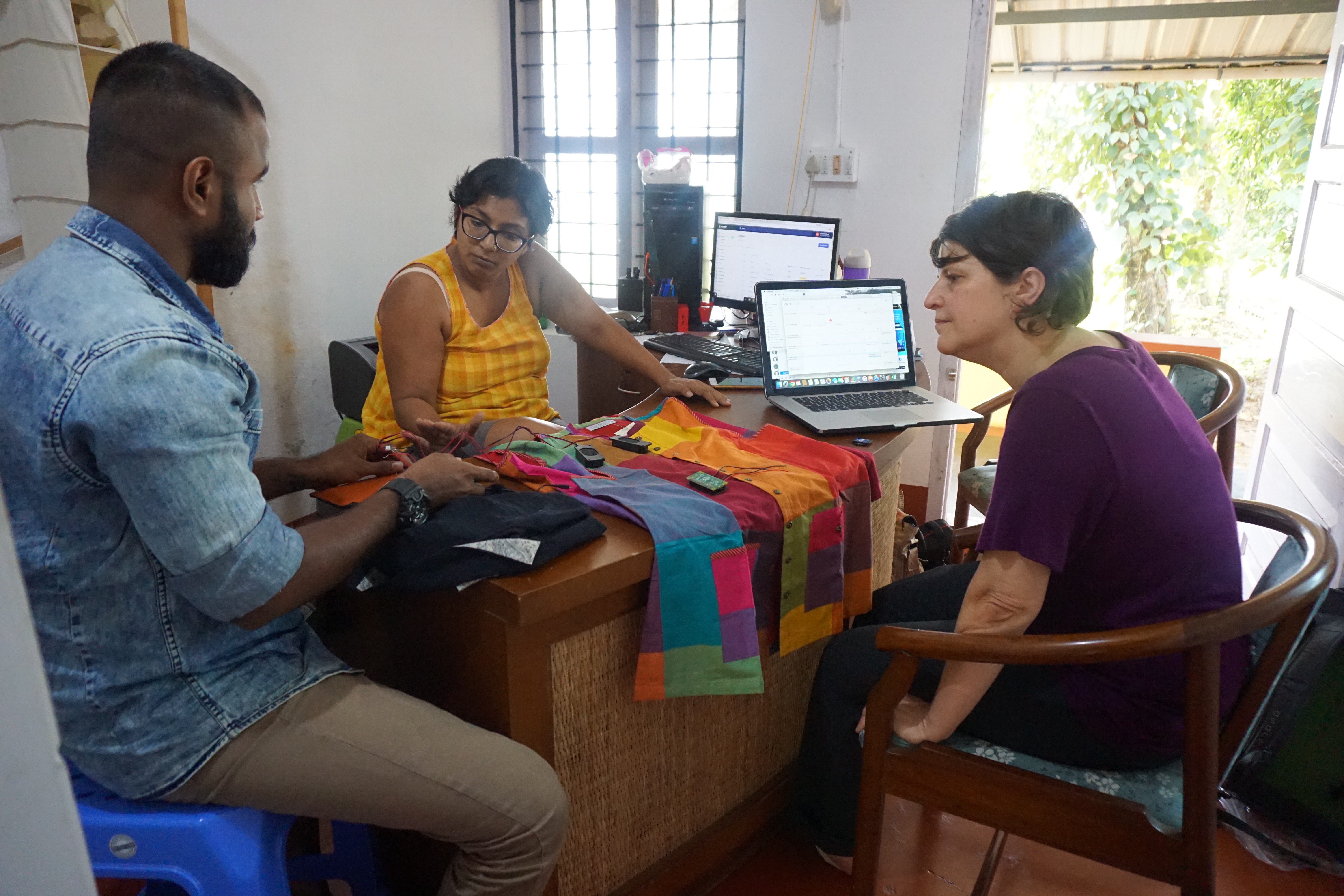 The success of my project was in supporting a locally-owned, female-run textile business during this exchange, and accomplishing a project, initially intended to use pirate radio broadcast methods, in a way that was respectful of Indian law. I also thoroughly enjoyed talking to five generous womxn who were willing to have their stories of struggle and success recorded for this project. It is content that I hope to build upon as I figure out how this idea will evolve. 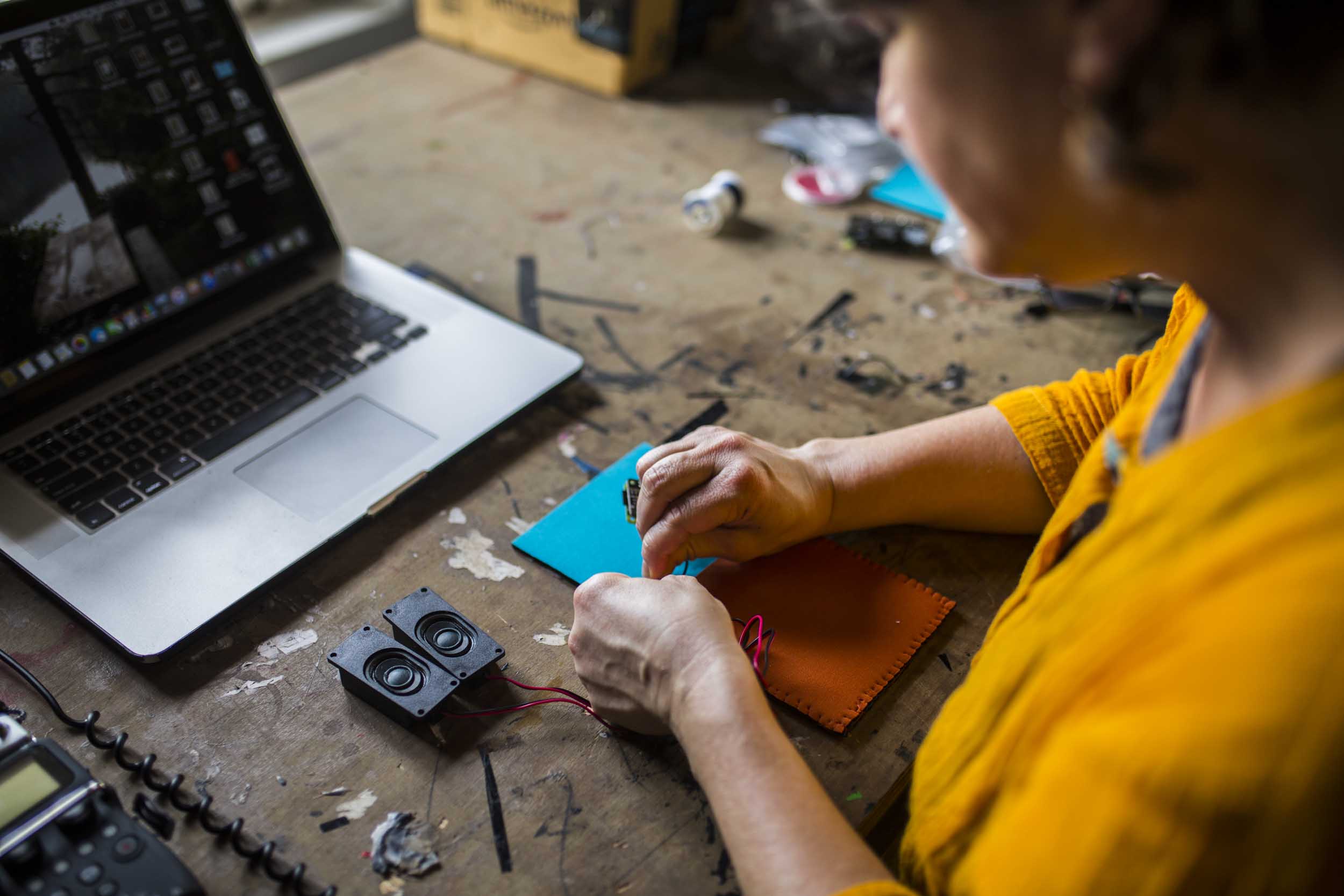 The artist at work. Photo by Swanoop John.

When I think about choosing an easier project, or trying to be less ambitious with the Amplified Voice Workshops, or even being assigned a topic that was less challenging than addressing gender equality, I keep hearing a popular Malayalam saying that is told as a warning to girls: “Whether a thorn falls on a leaf, or a leaf on a thorn, it is the leaf that will suffer.” This saying reminds me of the necessity for all womxn to experience life, freedom, and respect in spite of the obstacles in our global patriarchal society, and I can’t help but to hope that instead of suffering, we can begin to see the leaf as transformed into something new, which will soon ignite a fire.