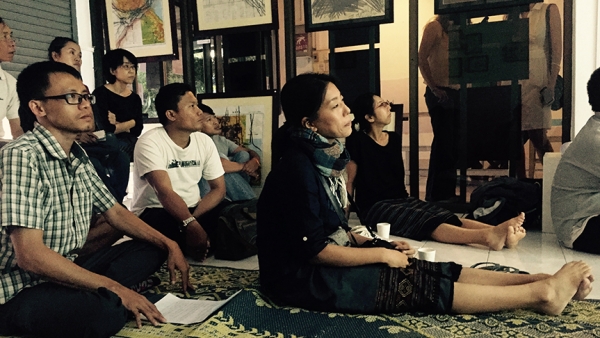 We have awarded the third round of the American Arts Incubator “small grants” to local Lao artists and organizations. The public presentation of the projects was hosted by i:cat Gallery and was attended by over thirty local artists, leaders, and curious members of the community. I unveiled the mural design created during the workshop that had been submitted to the Laos Government for approval. Just at that moment, Matthew Ference, the Public Affairs Officer at the U.S. Embassy announced he had received an email from the Laos government approving the mural project. The room erupted in cheers and smiles.

The first small grant was awarded to the Khao Niew Lao (“Sticky Rice”) Theater Group.  Insisiengmai Lattanakone (Toh), is the director of this Lao performance group that uses found materials to create beautiful puppets and props. Toh will create three puppets for a performance that promotes reusing and recycling plastic waste. Each puppet will be constructed of recycled plastic purchased from the local collectors who walk around the city and pick up the trash. The puppets will be a visual representation of the amount of plastic waste produced by the average household in Laos in one day, one week, and one month. Toh also will travel to a children’s center outside the city to hold a workshop on the importance of reusing and recycling plastic. The young workshop participants will create small sculptures out of plastic that they collect around the neighborhood; the work they produce will be installed at the public exhibition as part of his performance. By empowering youth to learn sustainability through art-making and collaboration, this project hopes to begin a new tradition of innovative environmental health practices that is interactive and fun. The concept for this project will serve as the foundation for a larger performance at the international puppet fair held next January in Vientiane. 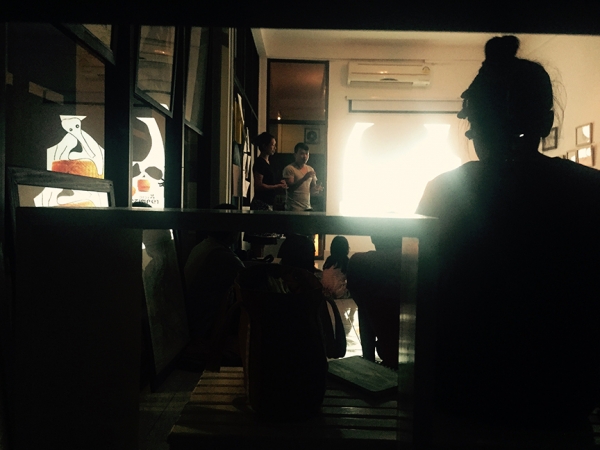 The second grant was awarded to Bounpaul Phothyzan, a professor at the National Institute of Fine Arts.  Bounpaul will produce a large-scale public installation titled “Plastic City” that will be made out of trash and discarded materials.  The structure for the installation symbolizes the wave of new architecture being rapidly constructed around the city. This obsession with the “new” here in Laos is part of what causes people to think only about short-term benefits of development, or the convenience of plastic. He will collaborate with students from the National Institute of Fine Arts to construct his project. The work will be temporarily installed for the public exhibition where it will become one of the first contemporary public art installations in the country. The vision is to find a permanent home to install the piece after the exhibition. 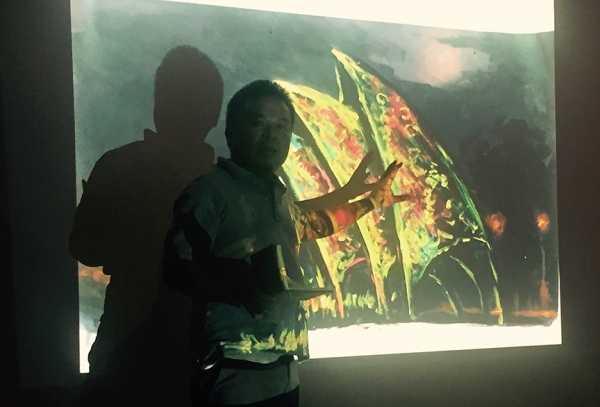 The third grant will go to Green Vientiane, a local organization that works to keep the city of Vientiane beautiful by promoting healthy recycling habits and encouraging local communities to reduce waste. Only about 40% of waste in Laos ends up in landfills or gets recycled. The remaining garbage gets burned, thrown on the ground, or dumped into the Mekong River. Trash collectors push primitive carts around the city and collect plastic and other materials that can be sold to the recycling center. These people are virtually invisible as they move through the city and clean up the trash. Green Vientiane’s project is titled, “Make My Cart Beautiful,” which will pair local artists with cart pushers to design and paint their carts. The artists will customize their design to interests of each cart pusher. The newly painted carts will help make the work that these people do every day more visible. The long-term vision is to start an “adopt a cart” program where local businesses, schools and organizations can sponsor the beautification of a cart. 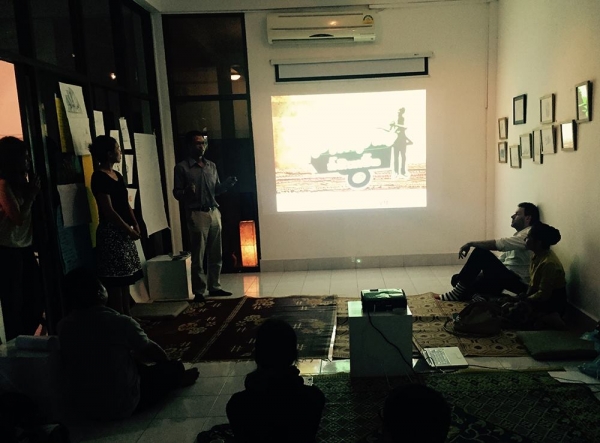 The final grant was awarded to the newly-established mural collective, Color of Future, made up of twenty professors and students from the National Institute of Laos Fine Arts. Two professors shared their experiences during the workshop and talked about their vision to take the knowledge that they will acquire this month and share with their students to launch future projects. The next two weeks will be their research phase as they continue to learn each step of creating a large-scale mural with me. After this project, they plan to create a mural to be painted on the front of the new campus being built at the National Institute of Fine Arts. They will engage the students in the process, and teach them the skills they have learned from the workshop. Eventually they would like the students to design and paint their own murals as part of a new permanent curriculum at the school.