Views of the Late Night Hack 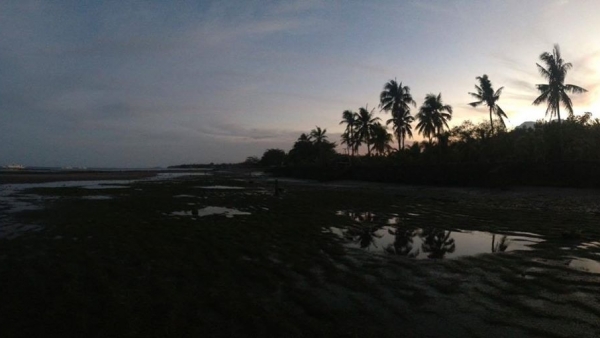 The sun goes away here each day in a glorious explosion of colors. The darkness doesn’t cause anything to slow down though. The fast-paced Waterspace teams keep on trucking throughout the night. The crew is excitedly tinkering away on a million different little projects.

Here are some examples from just one night: Neil tinkering with LED control libraries to plan out our visualizations. 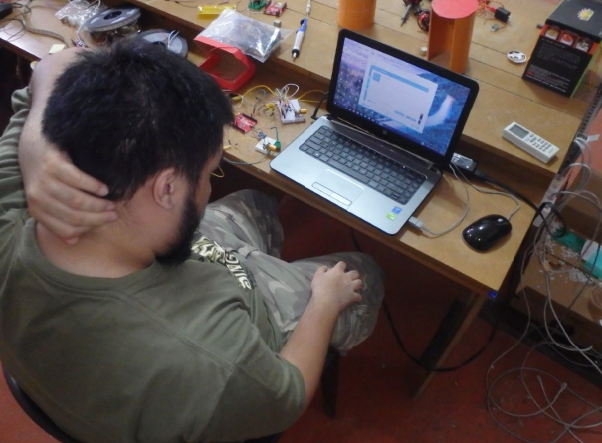 Coding. Photo by A. Quitmeyer.

Andrew hunting down speakers in local shops (so that the BOAT lab can rock out). 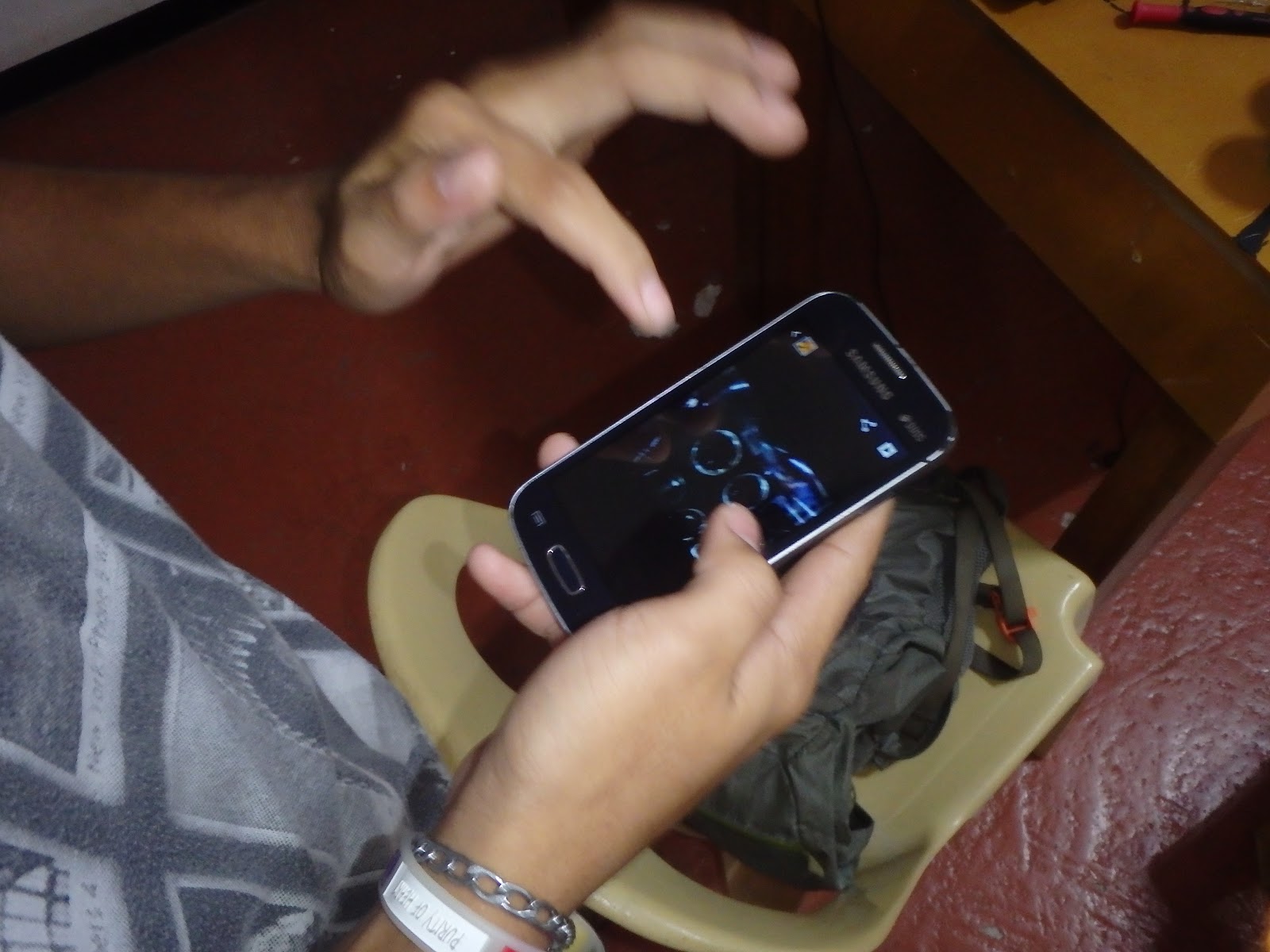 Cell phone images of various speakers. Photo by A. Quitmeyer.

Carl and Mein building the case of their own fog machine / video display from scratch. 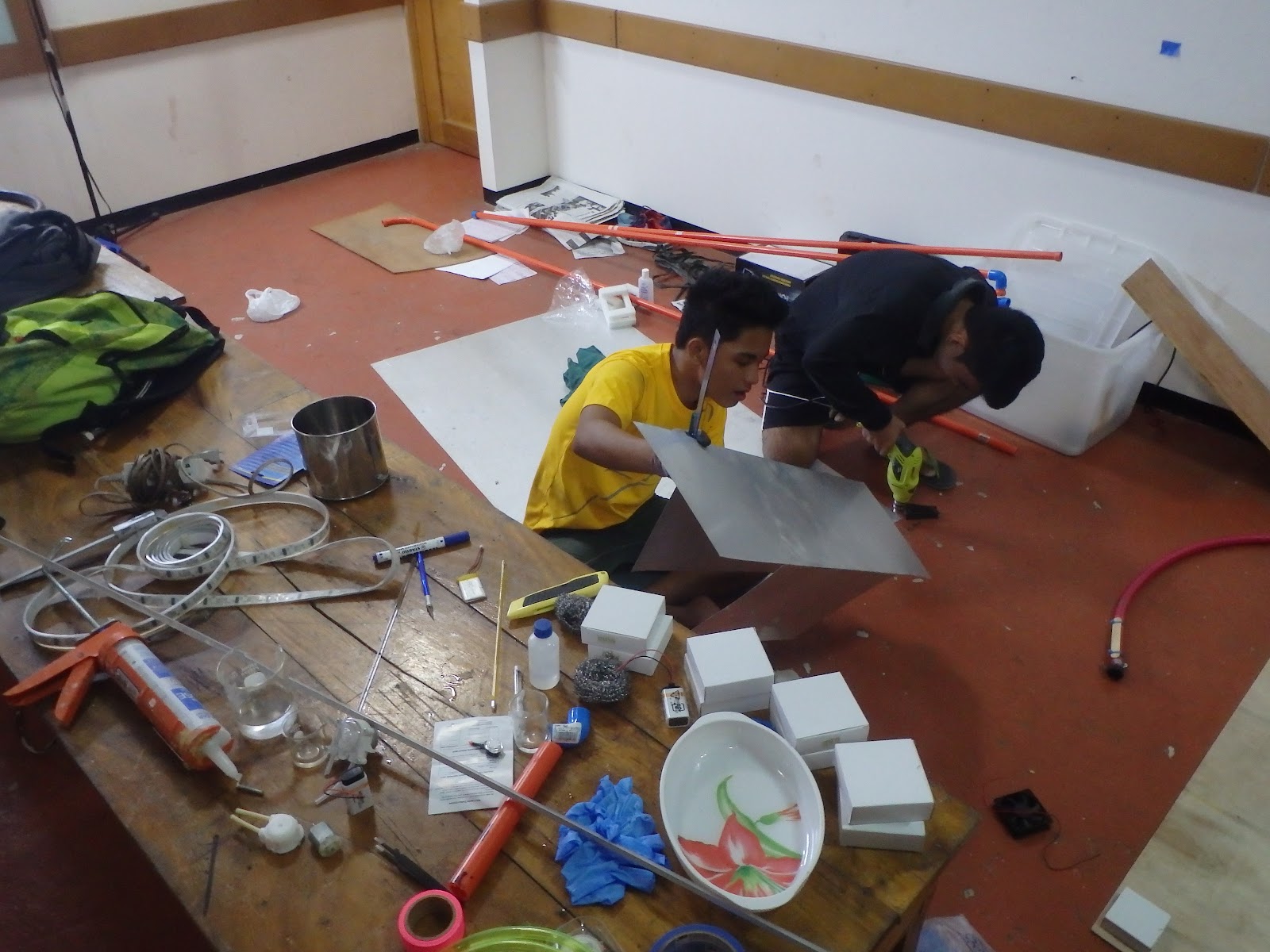 Testing out the Weather Station. 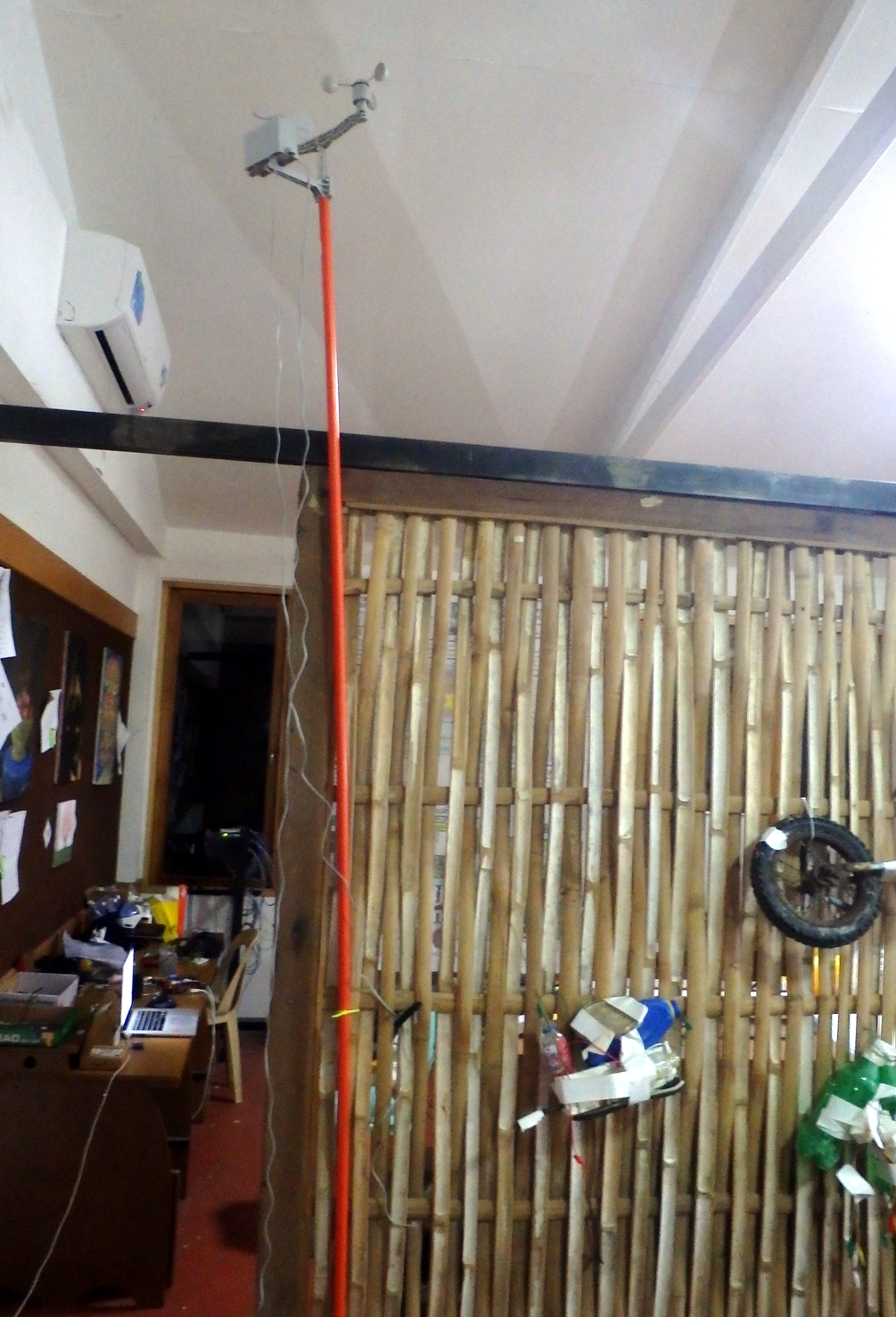 Weather station. Photo by A. Quitmeyer. 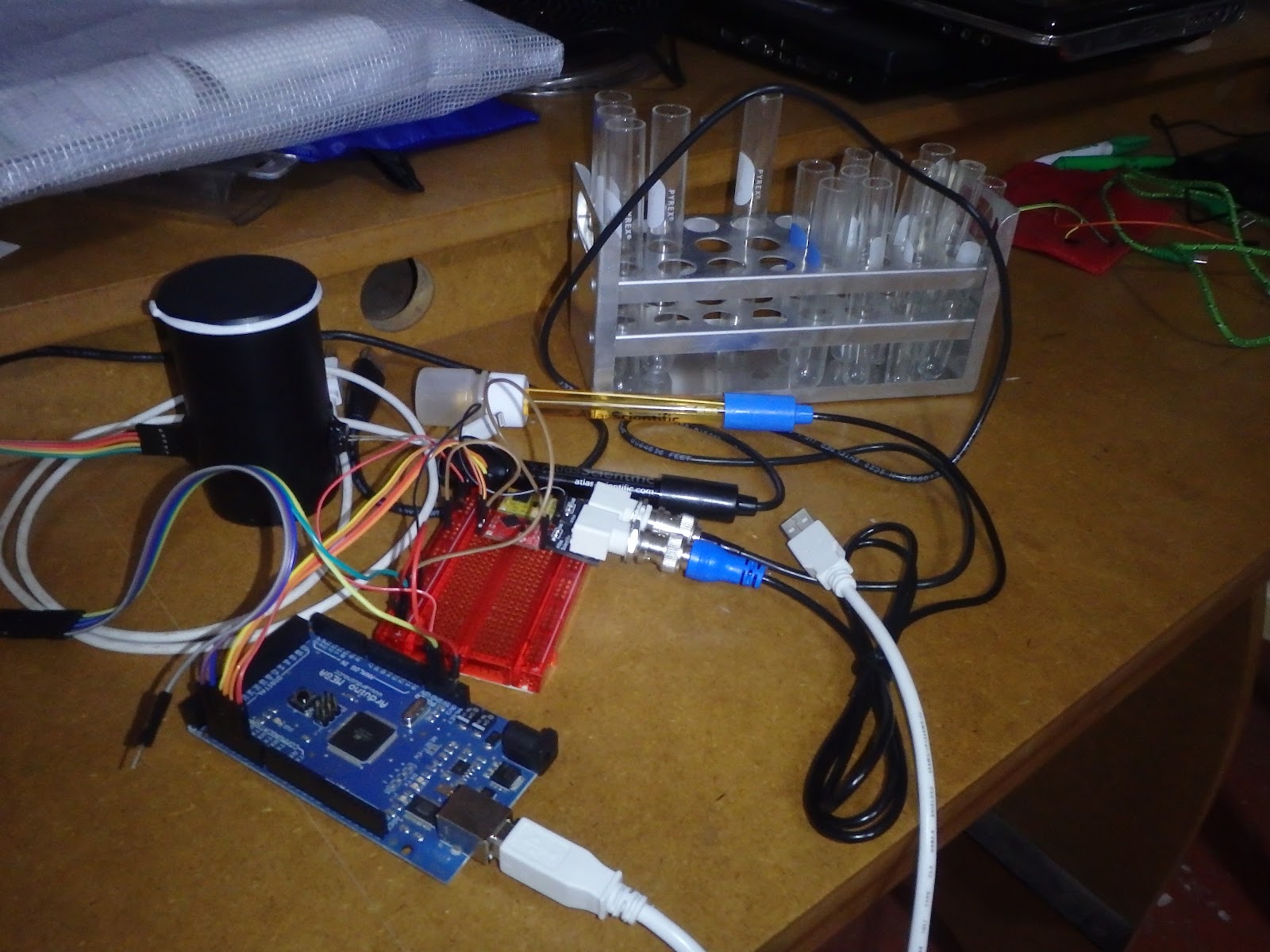 Water sensors. Photo by A. Quitmeyer.

Andrew building his own LIPO battery chargers. After our struggle finding a source of LIPO batteries for the submarine (and building a custom holster for them), we were still only able to find a single charger in town that works for them. So time to hack together our own! 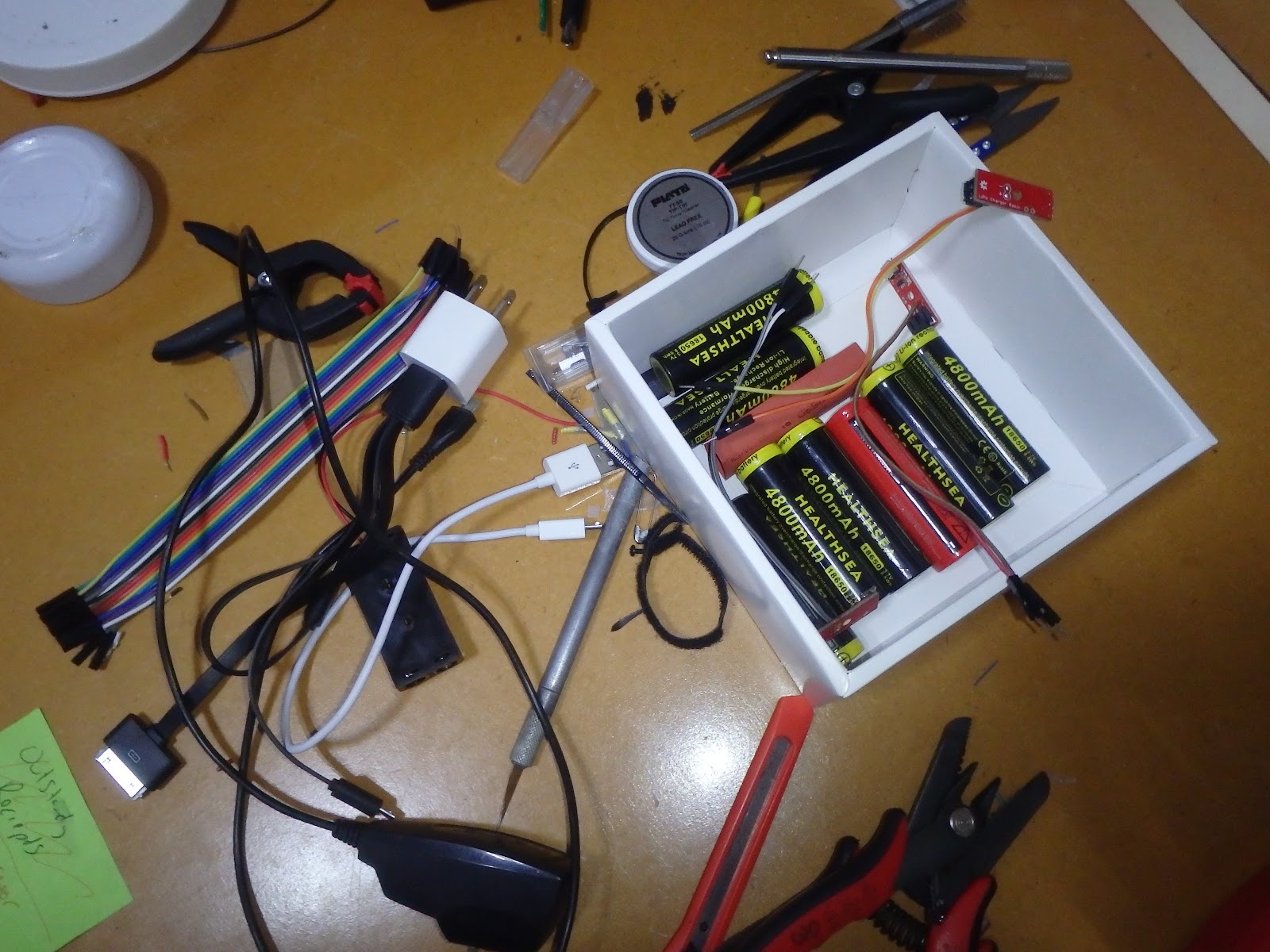 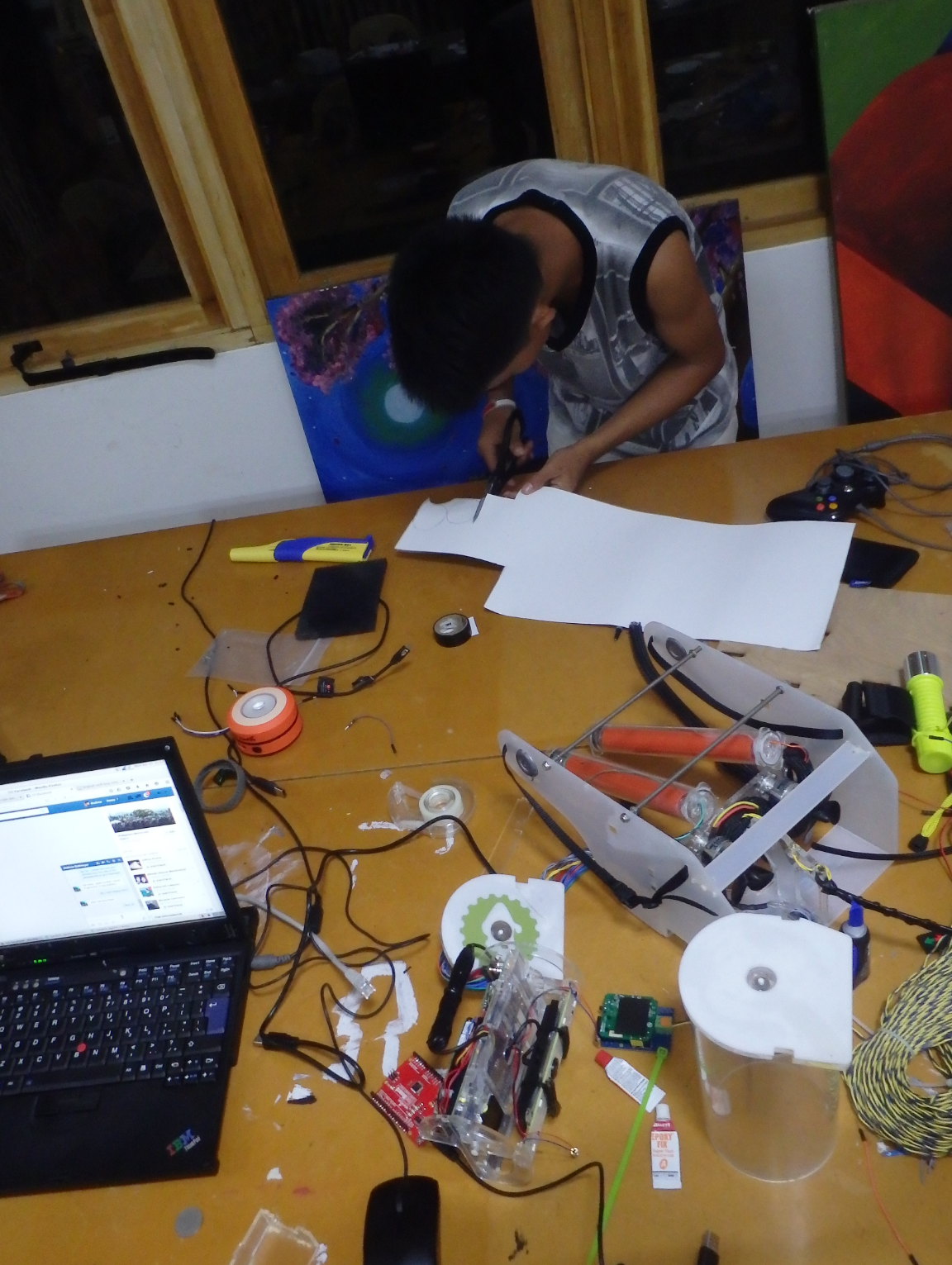 Submarine crafting. Photo by A. Quitmeyer.

And a bunch more glowing, sizzling, beeping projects all going at once. It was a noisy, fun night, like they all have been. Only a week left until the big reveal!