What I Know So Far 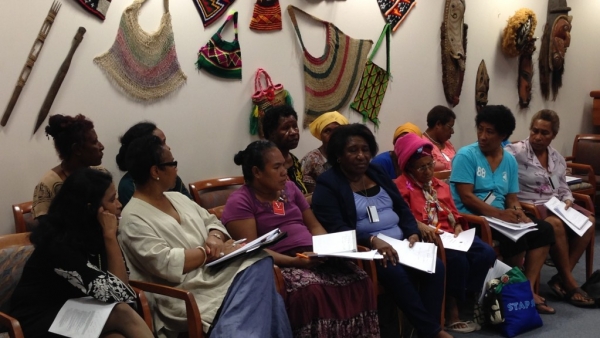 In doing research ahead of my trip to PNG, I have been reading many articles around the treatment of women in PNG. The results are overwhelming with rape and domestic violence being commonplace. One report in particular, compiled by the Lowy Institute – an independent, non-partisan international policy think tank – stands out and sums up the situation very well. The analysis is presented by author Jo Chandler in an article titled Violence Against Women in PNG: How Men are Getting Away with Murder which is a comprehensive study showing that “violence against women is a significant obstacle to PNG’s development and prosperity and that there are economic, social, and cultural drivers of violence and women face immense hurdles in obtaining justice.” This can only be categorized as an epidemic of violence where approximately six out of ten women experience some type of physical abuse with much of that violence occurring within families. But it doesn’t stop there. Other forms of violence are tribal, cultural, and institutionally related and in some areas women are tortured and burned under suspicion of practicing witchcraft.

The PNG government has made some efforts to curb domestic violence against women by unanimously passing the Family Protection Act in 2013. To give a quick summary, this bill:

More practical efforts to tackling the violence continue to be prioritized. The PNG government is joining forces with Australia’s Foreign Ministry and the UN Development Program in a new workshop initiative. Additionally, the US Embassy in Port Moresby has created the PNG Women’s Forum, a three day conference, now in it’s second year, which opens the dialogue on women’s issues. This year’s Women’s Forum is focused on advancing gender justice and economic opportunity for women.

Most importantly, there are women who, despite all the hardship, find the courage and bravado to go against the status quo risking life and limb (literally) in the process. There is Helen, who is a mother of eight who was randomly attacked by a man who bit off her bottom lip. Her attacker was taken to the police but was released shortly thereafter due to “lack of evidence.” Documentary photographer Vlad Sokhin worked with Helen to chronicle Helen’s Story as well as the story of other women in an effort to fight for women’s rights.

Another inspiration includes Sophie Mangai, a grandmother in her 60s and president of the East Sepik Council of Women. Sophie led a protest through downtown Wewak, a town on the northern coast of PNG, on the eve of International Human Rights Day. Her protest went to the local police station to report the rape of an 18 year-old village girl but instead was met by the very policeman who led the rapists on a raid of the village. He responded with violence against her, but Sophie held her ground. She was jailed for her efforts. The story trended on social media and became the focus of an international campaign that eventually freed Sophie and forced the senior police and politicians to take action.

I hope to meet and work with women like this during my stay in PNG. Perhaps through collaboration we can discover new ways to empower individuals to take action and make a difference in their lives and those immediately around them. Then there are the men and boys. What do they think of all this? Are there any male advocates for the women?